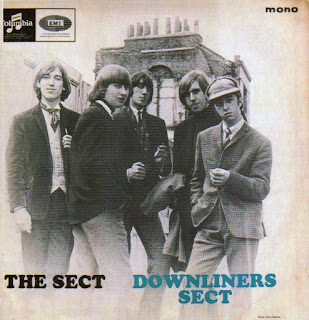 Rock 'n' Roll Archive - The Disc May 1964 1964 was the year when the term Beatlemania was coined. The Liverpool boys had their rivals though and heading the list were London's Rolling Stones. They've been called everything from great to outrageous. Now Disc tells you what the Rolling Stones are really like. The Stones were the main feature with a full page photograph on the cover and a double page feature inside. Keith; 'People think we’re wild and unruly. But it isn't true. I'm not a great raver by any means.' Mick; 'I hate petty people. I'm not over fond of being hungry either. Particularly when we're travelling and the only place to eat is a transport cafe' Bill; 'Thing I hate most about playing one-nighters is the fact that I don't get home till three or four in the morning. It's all grey dawn and cold and horrible and I'm tired. The playing is great it's the aftermath ad driving miles home.' Brian; 'A two tone Humber hawk is my favourite possession but the trouble is, I can't leave it outside the flat or theatre and in a way, it's an awful lot of trouble.' Charlie; 'I can't drive and don't particularly want to learn at the moment. I could change my mind in a couple of weeks though.' The Beatles were working on their very own TV Special with producer Jack Good. 'It has been a terrific thrill to work with them' Jack said while stating he is convinced the boys are the natural successors to the Crazy Gang. 'Take the Shakespearean sketch; the Beatles are acting a six minute sketch in full costume from A Midsummer’s Night Dream with Paul a Bottom, George as Moonshine, John as Thisbe and Ringo as the Lion. Thing is when they first saw the script they didn't like it. Thought it just wasn't funny. I had a hard job persuading them to do it. I was amazed at how quickly they picked it up and learnt their lines. At the start of the show they wear herald’s costumes to play a fanfare on the trumpets. They all had their costumes on and once they got hold of the trumpets it was riotous. All four of them started busking Cant Buy Me Love - it sounded like a street band down on the Shaftesbury Avenue!' Away from the stage Ringo was rumoured to be engaged to Dusty Springfield! This apparently was doing the rounds when Dusty arrived in the Hawaiian 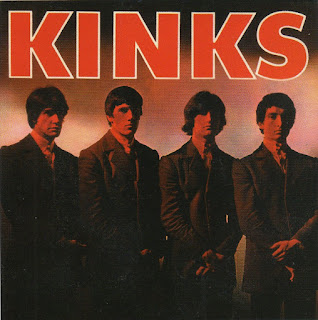 Islands where Dusty arrived for a few days holiday. The islands were buzzing with the news. If that left Ringo bemused, in America news was breaking that he was engaged to actress Ann-Margret! Disc wrote 'Ridiculous American publicity reaches new heights of absurdity with Hollywood claiming the song Anna on the Beatles' debut LP is dedicated to her! Top of the charts for this week were The Searchers with Don’t Throw Your Love Away. with the Bachelors on their tails at number two with I Believe. New releases included a Tommy Quickly record titled aptly, You Might As Well Forget Him. Interestingly from other music papers Disc included the top ten charts from other countries. Top in Spain was If I Had A Hammer by Trini Lopez, In Holland it was Vous Permettez Monsieur by Adamo and Norway's number one was La Meg Vaere Ung by Wenche Myhre. Gerry Marsden says he's been flying around that much, every time he sees a plane his elbow starts flapping! His brother Fred hates flying as Gerry reveals 'he just sits there very quietly when we're taking off and looks straight ahead. All the way until we land. Then he looks pleased - and surprised. The Letters page included a couple of interesting observations;' surely its time your readers realised what a 'gimmick' is? wrote R.F. Mattews, 84 Gofenton Drive, Oldbury Court, Fishponds, Bristol. ‘It seems obvious to me that a 'gimmick' is something used by artists to attract attention to their act and should be something easily removed by an artist on leaving the stage. Johnny Kidd and the Pirates with their pirate rig have a 'gimmick' but to say that the Rolling Stones' long hair is a gimmick is rubbish, since they don't remove their hair off stage!' C.Redmond, Northfield, Birmingham wrote; 'The great raving rocker Jerry Lee Lewis has shaken, bopped, and battered his way round England leaving a trail of lifeless pianos and breathless fans. Anyone who has seen his act must agree when I say it's now time for a welcome chart comeback.' Also happening this week.... This same week around the globe there was news of a £500 ransom demand for the return of the head of the Little Mermaid statue in Copenhagen made to Danish newspaper BT. The paper's response was 'we don't know if the ransom is genuine or nonsense but we have forwarded the letter to the Copenhagen Homicide Squad as you would have expected, but if you don't want to talk to the police you may call us by telephone.' The head was severed in April and the police believe the job of cutting the head off was done in stages over several days. The headless statue is now in the workshops of the Royal Danish bronze foundries where a new head is being made. The well known tourist attraction was made by sculptor Edvard Eriksen in 1912 and placed by the waterside of the Copenhagen harbour in 1913. Britain's obsession with the weather was illustrated with over 500,000 telephone calls between October and April from people wanting to know if it was going to piss down. Two men walked into the Turkish Baths in Jermyn Street, Piccadilly, London, snatched the spectacles off the desk attendant and then robbed his till of £76. On television this weekend was a 90 minute Big Beat Show on Midlands TV starring Cliff Richard and the Shadows, Dave Clark Five and many more. Sunday Night at the London 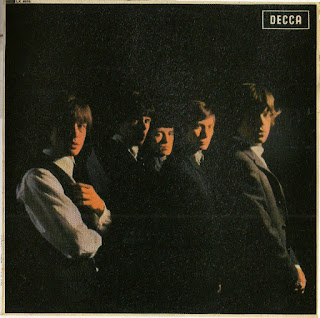 Palladium boasted the Dallas Boys, Lena Horne and comedian Don Arrol. As well as the regular 15 minute Beat the Clock game which gave compere the idea for his later huge success with the Generation Game. Z Cars, The Flying Doctor and Armchair Theatre provided this weekend's drama. A brand new Volkswagen 1200, advertised 'this is the car that asks to be abused, only then you will appreciate its durability and longevity'. Yours for only £625. The Austin Mini would have set you back £493 while if a Triumph Herald 1200 was your fancy, this was on sale for £579.7s.1d. How they came to adding 7/1d is anybody's guess! After you've bought a brand new car you may have wanted to smarten yourself up with the latest 'you can't beat style' suit from Burton's Tailoring at the cost of £11.19s 6d. Greville Wynn the businessman arrested in Russia in 1963 admitted to the Gordon Hospital, Westminster suffering with 'a disturbed mental state'. He was said to be making good progress. 'What's On Around the local Clubs and Pubs.' Kettering Windmill Club has Reg on the organ. The Working Mens Club in Wellington Street had Otto on the organ with Albert the compere. Town Band advertised a Free and Easy Night with Baz, Ray & Dodie. Ye Dun Cow, Wellingborough had Sing with Madge at the piano while The Globe Inn over at Raunds had Florence on piano and Bert on drums.
Posted by Clive Smith at 06:08 No comments: Links to this post 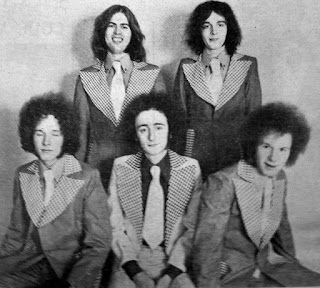 Posted by Clive Smith at 04:09 No comments: Links to this post

Corby Rock - St Cecilia - Leaping Up and Down 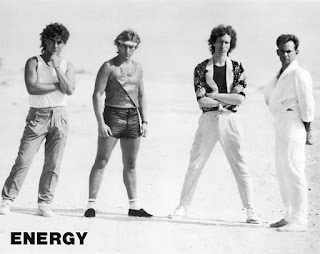